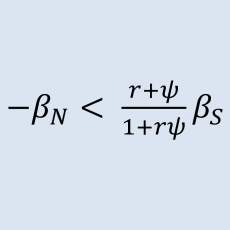 The theory of interacting phenotypes examines how social interactions affect the evolutionary process. In collaboration with Butch Brodie, Allen Moore, and Jason Wolf, we have been working on several extensions of this theory, including the development of statistical methods to measure model parameters.

Our work has led to generalized equations for predicting the evolution of social traits and an expansion of Hamilton’s rule for the evolution of altruism that incorporates both IGEs and social selection.