It’s been a busy summer so far in the McGlothlin Lab. So busy, in fact, that I managed to let most of June and all of July slip by without an update. So here goes!

First, two weeks ago, the lab bid farewell to our postdoc, John Abramyan. John recently accepted a position at University of Michigan-Dearborn, where he’ll be starting up his own lab and returning to his roots as a developmental biologist. I’m really excited for John to take the next step in his career, but he’ll be hugely missed here. John brought a great presence and an excellent skillset to the lab, and he made everyone around him better. We’re still working on a manuscript or two, so keep your eyes open for John’s papers.

Fortunately, I have been able to recruit another postdoc to the lab. Angela Hornsby, who is currently a PhD student at University of Nevada, Reno, will be joining us in January after she defends her dissertation in the fall. I’m excited to welcome her to the lab and start collaborating!

Back in June, John, Julie, Tamara, and I attended the Evolution 2016 meeting in Austin, TX. For some highlights of the meeting, check out #evol2016 on Twitter. I gave a talk on where our snake work has progressed since our most recent paper, and the rest of the lab gave posters. Check out the writeups of Tamara’s poster and Julie’s poster on Anole Annals!

After Evolution, Julie headed to Florida for a few weeks of field work chasing lizards. She’s back now, with a big pile of data, some new lizards, and a lot of experiments to run in the fall!

Tamara has set up a lizard breeding experiment to look at genetic population differences in thermal tolerance, which is already bringing even more baby lizards into the lab.

Tyler Miller has been working on an independent research project as a Fralin SURF fellow this summer. Last week, he did double duty presenting his work, giving both a poster and a great talk! Tyler and I hope that we can finish up this project in the fall so that we can share our exciting results with you.

I’ve been chained to my desk analyzing data and writing for the better part of the summer. I hope I’ll be able to share some of these efforts with you soon. They did let me out briefly to give a talk at Mountain Lake Biological Station, my old stomping grounds.

Our postdoc John Abramyan will be moving on to a faculty position this fall. (Alas, this is what happens when you hire good people!) Therefore, I’m looking for a new postdoc to work on our voltage-gated sodium channel project. Apply here if you’re interested, and please spread the word!

Both Tamara and Julie attended the first annual Interfaces of Global Change Graduate Research Symposium sponsored by the VT Global Change Center last Friday. In addition to presenting their research, they got a chance to interact with Josh Tewksbury, Colorado Global Hub director of Future Earth and this year’s GCC Distinguished Lecturer. 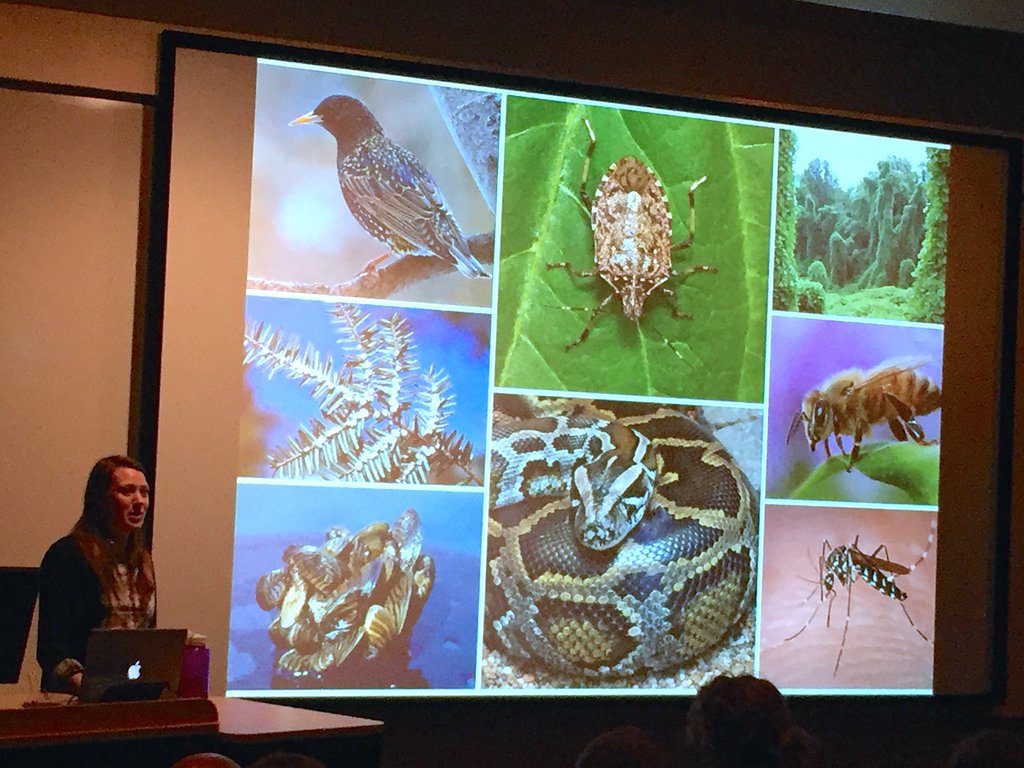 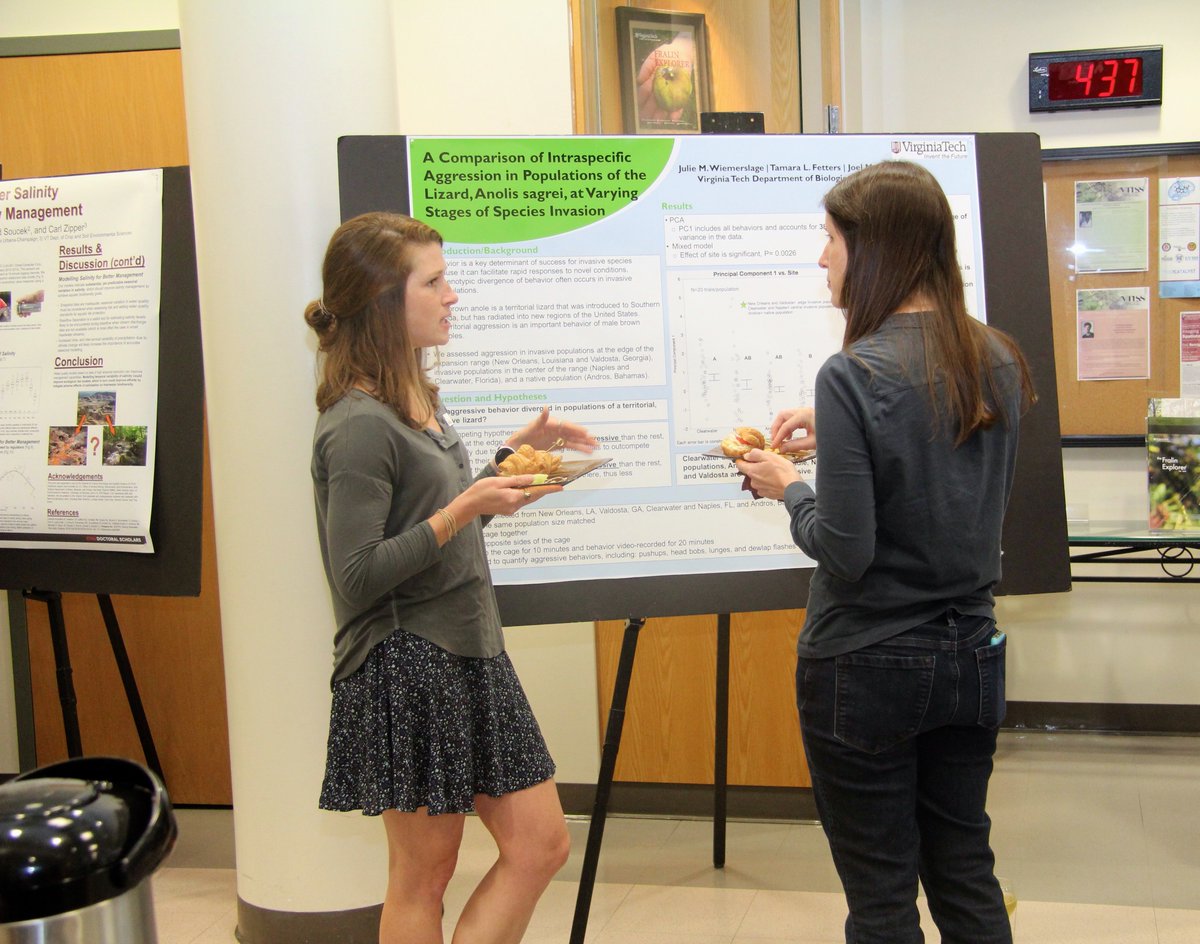 Snowbird, a new book edited by my Ph.D. advisor, Ellen Ketterson, and former labmate Jonathan Atwell, is now available for purchase from University of Chicago Press. This book is a detailed review of decades of work by Ellen and others on the plucky little junco. I was involved in a couple of chapters that provide a snapshot of my dissertation work.

Ellen and Jonathan also spearheaded a junco film a couple of years ago that is highly recommended viewing. 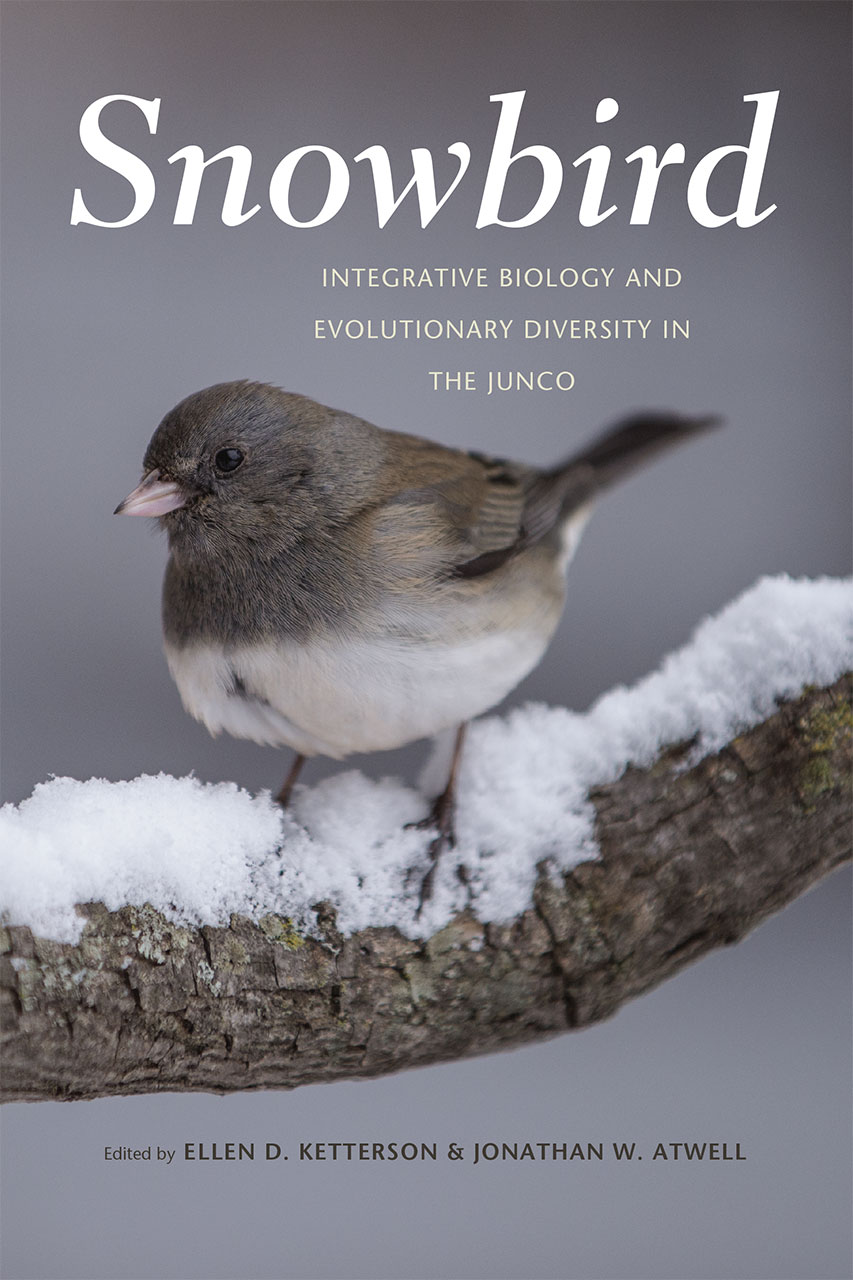 Tamara and Julie went lizard collecting in the Southeast last September. Julie has a blog post and photos from their trip at her website.

I recently visited Guarujá, Brazil, for Evolution 2015. This was another fantastic Evolution meeting, providing a chance to catch up with collaborators and old friends and meet new people, particularly the large group of excellent Brazilian evolutionary biologists in attendance. I gave a talk on some of the lab’s work on lizard voltage-gated sodium channel evolution.

Here are some of the many Twitter reactions to #Evol2015.

I recently hosted evolutionary biologist Steve Arnold, who happens to be my academic grandpa, as part of VT’s EEB seminar series. Steve was kind enough to share these pictures he took in our Anolis breeding colony.

VT News has a story on VT’s new Global Change Center, of which I’m a member. Follow @globalchangevt to keep up with all the new developments at the center.